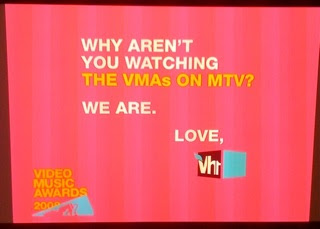 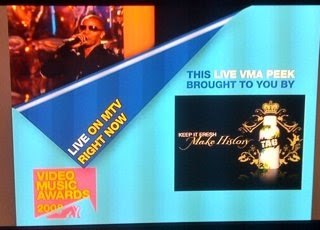 So, VH1, which is part of the MTV network, spent Sunday evening attempting to push viewers to the MTV video music awards show. I didn’t watch the whole show, but when I did flip through it and VH1, I saw one of the above images or, if MTV was on a commercial break, a commercial. Interesting.