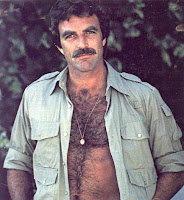 My wife has this worthless ability to almost instantly name the actor doing the voice over of a TV or radio commercial. A commercial for Depends…she’ll say “Tom Selleck”. A commercial for the latest pill…she’ll say “Aiden from Sex and the City”. Ok, so in that example she is actually naming a character played by John Corbett, who my dad would only recognize from the show Northern Exposure, but that’s not my point. I guess my point is this: Neither one of us ever remembers the product/topic/point of the commercial, but we remember the actor doing the voice over.

That begs the question as to whether or not you want to use a well known actor for commercial voice over work. Austin-based ad firm McGarrah Jessee, founded by two ex-GSD&Mers, did some radio and TV spots for McCoy’s Building Supplies and Whataburger a few years ago that had some great voice over work, but did so without the big named (recognizable) talent. I think you can still see/hear many of them at mc-j.com since those folks haven’t refreshed their website in over three years. In my opinion, those commercials are more memorable then the recent ones my wife is so quick to outburst on.