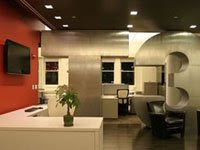 I just got word that, Austin-based ad agency, T3 (The Think Tank) laid-off some folks yesterday. This has got to be connected to Dell’s move to WPP’s Da Vinci (some say the new agency will actually be named Schematic).

From my “insider”: “Lots of people got canned yesterday. Pretty juicy stuff.”

Here’s what I’ve found out so far:

Reason for layoffs? “Due to the Dell account loss.”

Who/ What roles? “Mostly Coordinators, but also one in PR.”

Any other interesting tidbits?
“Threatening talk of enforcing non-compete contracts i.e. ex-T3ers not allowed to work for another agency on Dell account and Gay Gaddis’ annual birthday party is still on.”